Chevy is reviving Bolt with a huge incentive

Electrek spoke this week with Tony Johnson, the marketing and advertising lead for Chevy cars and crossovers, to see how the brand will maintain that momentum. Johnson told us that Chevy is “doubling down” on the Bolt this year as it paves the way for future EVs. Chevy might even have an electric sports car in the works.

I think there is no doubt that GM is now very serious about its EV plans. Now it is reviving the Bolt with a very serious cache incentive and will have an electric sports car. Do you agree that within 5 years GM maybe Tesla's most serious challenger considering also its Ultium battery?

But Chevy needs to get charging infrastructure up and going before approaching anything rivaling Tesla. In fact, see how Tesla's Supercharging Network gave it a major lead in the industry.


So GM will have Ultium. Great. But you think tesla or anybody else for that matter is going to sit around idle waiting for them to catch up?

Armen Hareyan is the founder and the Editor in Chief of Torque News. He founded TorqueNews.com in 2010, which since then has been publishing expert news and analysis about the automotive industry. He can be reached at Torque News Twitter, Facebok, Linkedin and Youtube. 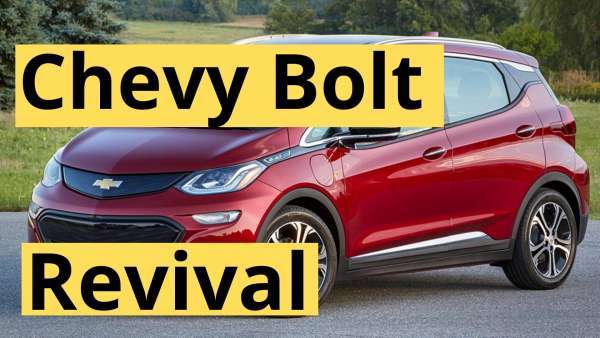 
Chevy is reviving Bolt with a huge incentive
C

I clicked on the news pricing and reviews and the url does not work.