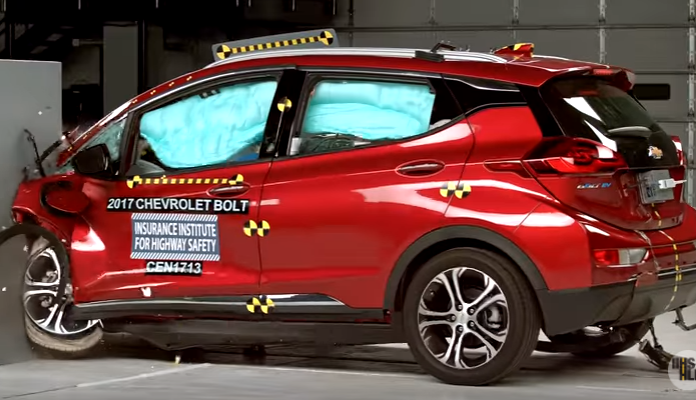 The 2017 Chevrolet Bolt Scored well on a new IIHS safety test, but failed to meet the top score that the Toyota Prius Prime and Chevy Volt earned. The only area in which the Bolt failed to earn a top rating was with regard to headlights. In order to earn a Top Safety Pick Plus Rating from the Insurance Institute for Highway Safety (IIHS), a vehicle must have Acceptable or Good rated headlights. The Bolt only comes equipped with headlights rated Poor. Still, that earns the second best rating, ironically called Top Safety Pick. The added Plus rating indicates the highest score.