Yesterday we talked about the teaser video showing the 2018 Chevrolet Camaro ZL1 1LE and today, we have the full video and the stunning record time of just 7:16.04 – making it the fastest muscle car to lap “The Ring” and the second fastest American car to turn in an official Nürburgring record time. 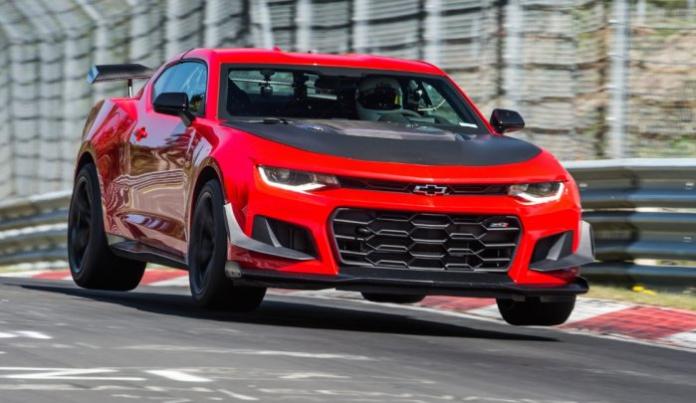 When the 2018 Chevrolet Camaro ZL1 1LE was introduced earlier this year, it was immediately expected that the 1LE version would get around the famed Nürburgring Nordschleife. The “normal” ZL1 set the American muscle car record with a time of 7:29.60 in October of 2016 and since then, it has been speculated that the ZL1 1LE would eclipse that time by at least 4-5 seconds.

It turns out that those estimates were way off, as the 2018 Camaro ZL1 1LE has beaten the ZL1 by a whopping 13.56 seconds and in doing so, it has set the record for the best time by an American muscle car but more impressively – the Camaro ZL1 1LE has turned in the second fastest American car at the Ring ever. In fact, the Chevrolet Corvette hasn’t turned in an official lap time better than the new ZL1 1LE.