2016 Camaro oil suggestion and other fluids

Just bought a 2016 Camaro 2.0, dont know what fluids the previous owner has in it but I am looking to change all fluids. Found this 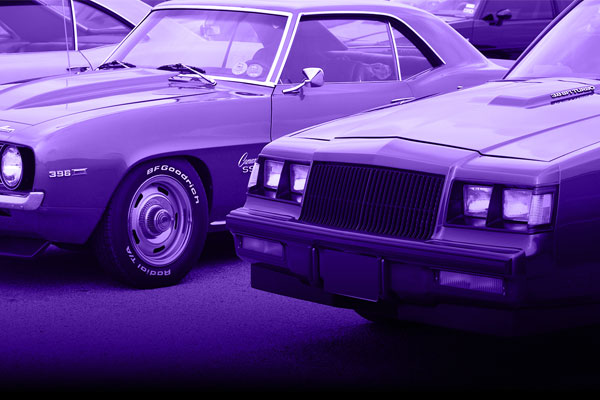 or maybe you have a better product you can please suggest? I want to switch it up from the same ole Valvoline I used to put in my Chevy Malibu. thanks!

You could do Amsoil or Royal Purple but there is nothing wrong with a premium synthetic from any of the major oil companies.
C

ok thanks! yea synthetic is the way to go. I have seen pictures and videos on sludge build-up due to regular or conventional oil. I will probably go with both those oils I posted above alternating between the two since every oil has different types of beneficial additives/formulations.
R

I've had lots of cars and used both Royal Purple and Amsoil, along with Castrol. In my past two Z28's I used Amsoil. I used to do a ton of highway driving. That oil saved me so much on fuel, it wasn't even funny. Royal Purple is great if you own a drag car and rebuild your engine every few weeks. For a regular daily driver, Amsoil is the way to go. NOBODY can beat their 15,000 and 25,000 mile oil filters. I remember seeing that the Dodge Challenger 5.7 can go 25,000 miles on an oil change. The Explorer 3.5 (non-turbo) can also go 25,000 miles. I used to change my oil every 25,000 miles. I was absolutely amazed at how this oil was not solid black when it came out. I had bad oil consumption with Mobil 1 synthetic. At my Camaro club, I heard about the Amsoil. Lots of people had oil consumption issues with all of the synthetics. We all started switching, one by one, to Amsoil and all of our oil consumption issues either went away completely, or it made a dramatic difference.

This is the oil and filter combination that I was using on my 2002 Z28. Once you start using this oil for a couple years, you will absolutely HATE using any other oil. Same as if you started using tires that lasted 50,000 miles. Then one day somebody came up to you and said, "Hey, you could save $50 if you switched to these other tires, but they only last 20,000 miles." Why would you even bother? It's the same with this Amsoil stuff. Why use Royal Purple or Castrol, when you're going to pay WAY more money by changing it so much more often. I always look at the long term costs of things. How much will I pay for maintenance on a vehicle for 10 years? With Amsoil, I'll do only 10 oil changes. For other cars, you could end up changing your oil up to 33 times per 100,000 miles of driving. That's just insane to throw that kind of money and time away. For me it's not so much the money. I don't feel like wasting time at a shop or having to do it myself every few months. Why do something that stupid when an oil exists for a few bucks more than lasts so much longer and protects better than the other oils. Believe me, I did a TON of research on this oil when I was in the Camaro club.
C

hmm, interesting take. Yea it's more money upfront but I would rather go longer intervals than constantly change oil at a lube express place, good info.

I also looked up a video to change my oil to maybe save some money and do it myself and you are not joking about the 25k miles? it was mentioned in this video. And these dudes in the video look like they know their stuff...


check out that white camaro, looks awesome, wonder if that is a body kit, my camaro doesn't look like that!
R

I also looked up a video to change my oil to maybe save some money and do it myself and you are not joking about the 25k miles? it was mentioned in this video. And these dudes in the video look like they know their stuff...


check out that white camaro, looks awesome, wonder if that is a body kit, my camaro doesn't look like that!
Click to expand...

No, not joking. I went like 24,xxx miles when I changed it. The first time, I didn't even bother reading the bottle. I did the first oil change at 5,000 miles. Then when I ordered it the 2nd time, I started reading the bottle. I was so pissed off that I changed the oil so early the first time. I was using it in a delivery vehicle that I was driving almost 1,000 miles per week. I did the oil change myself and I bought two oil filters the next time around. Back then, they didn't make those 15,000 and 25,000 mile oil filters. I think I used a few Hastings or Mann filters back then. After I changed the filter, I had to top off with maybe 1/2 quart where I lost it from the filter. ZERO problems. Seeing the extra MPG MORE than paid for the oil changes. The fuel economy boost was pretty much like getting a rebate at the pump. In the Z28 automatic that I had, I was lucky to ever hit 350~ miles per tank. I did a straight highway trip and ended up getting almost 425 miles one time driving that thing on fumes. That is totally UNHEARD OF for a Z28 auto to ever get that much out of a tank. I still had the stock rear-end. I remember when I had an older 4th gen Z28 6-speed manual, I took out the 3.42 gear and put in a 4.10. That thing was a blast out of the hole after I did that. Normally when you put a lower ring and pinion in, your gas mileage suffers from the extra RPM. At the time I changed the gear, I switched to Amsoil. I saw 0 loss in fuel economy. I guess the Amsoil nulled out the fuel loss, so where I lost MPG from the lower ring and pinion, I gained it with Amsoil. I put in their 75W90 gear lube. That stuff is good for 100,000 miles I think as long as you're not towing. I have to read up on it. I wasn't towing with the Camaro anyway. I've heard many Camaro's have a whining noise at highway speeds because lots of people never change the dif fluid. HUGE mistake. Changing out that ring and pinion is a royal pain in the ass. That took us nearly all day to change it. You need a press and all kinds of crap. It didn't go in right the first time, and made noise. We had to take it all apart again and start over. You need the right tools to dial it in. What fun that was.

Anyway, once you start doing these long oil changes, you start to get spoiled. I see these YouTube videos where people didn't change the oil and they have all of this sludge. Instead of using those cheap oils or synthetics from the dealer not designed for the longer intervals, had these used this, the inside of the valve cover would still look new inside. My friend ran Amsoil in his Dodge Durango V8 since it was new. At 115,000 miles we had to change some part behind the motor that required taking off the valve cover to get access to the part. I was like WOW when I saw in the inside. That was the first time I ever saw what an engine looked like up close that had over 100,000 miles on it using Amsoil. That was nearly 10 years ago. Today that truck is now 22 years old and still RUNS LIKE NEW all this time! He gave it to his daughter to tow their horse trailers. He makes sure that she still uses that oil. He does all of the oil changes for her. She lives 350 miles away from him. He was like the best testimonial I've ever see using this oil long term. It's a real shame all of the cops and taxi's don't start their cars on this oil when brand new. They could easily get 1,000,000 miles out of them. The cops could save the taxpayers A FORTUNE since the cars would last way longer than they do now. It's much cheaper to replace starters, water pumps, alternators and air condition compressors than it is to replace the entire car itself. Why pay $30k+ to replace a vehicle when all you had to do was pay $2-5k to maintain the one you have already? You can keep a car for a lifetime doing this.
Share:
Facebook Twitter Reddit Pinterest Tumblr WhatsApp Email Share Link
Top